Do We Need Rubber Rooms for Federal Judges? Two Plans To Reduce The Long Tailed Impact of Trump Judicial Appointees

Already, many are talking about adding new justices to the Supreme Court to overcome the political imbalance that is likely to occur when a new Justice is confirmed to fill her now vacant seat.

However, this article is not about the Supreme Court or the addition of new Justices.

Instead, I want to address two subordinate Federal courts — our system of District and Circuit (appellate) courts.

The judges on these courts are generally referred to as “Article III” judges to distinguish them from judges on Federal regulatory and administrative courts. Article III judges “hold their offices during good behaviour”. This effectively means they have lifetime appointments.

The membership of the Supreme Court gets most of our attention. Yet, during the 2017-2021 presidential term those lower courts have been packed with more than 200 questionable or highly biased appointees.

The impact of the last four years of Federal judicial appointments is significant, amounting to 25% of all Article III judges.

And because those judges have lifetime appointments that impact could continue for years. Generations of new and existing voters could find their majority views and votes blocked and nullified by judicial decisions made by those judges.

How do we deal with this?

While the problem might seem hopeless, there are things we can do.

Our New Reconstruction: Constraining The Growth of Presidential Powers

The Trump presidency has been a Constitutional disaster for the United States. Presidential power, which already had been growing at an alarming rate in prior administrations, has exploded to dictatorial levels under Trump.

It is not reasonable to expect that future presidents will easily reject these powers. Even if not used by the next or subsequent presidents these powers will retain their potency and be available to be resurrected and used.

Many of these new claims to executive power exclude, in practical reality if not in academic theory, the authority of Congress, the Courts, or the people of the United States to step in to impose corrections or limitations.

Our system of Separation of Powers has been weakened. Madison’s notion, as expressed in the Federalist Papers (Number 51), that “Ambition must be made to counteract ambition”, is in need of life support.

Because the basic allocation of authority in the United States comes from our Constitution it is beyond the power of Congress, the courts, or the States either individually or in concert, to do more than apply cosmetic remedies.

As a consequence we are faced with an exigent need to update our US Constitution with one or more amendments that define the limits of executive authority and create and enhance the balancing powers vested in the other branches of government and the citizenry.

In the years just after the Civil War, Congress and the States created three new Constitutional amendments, along with a body of supporting legislation. These Amendments and laws reshaped our country in ways that remain important, more than 150 years later.

It is time to do so again.

Our nation is in need of New Reconstruction.

A Bill to ensure that United States Treasury funds are not expended for certain purposes of personal aggrandizement or self promotion.

I’m working on this to send to my congress critters as a request for legislation. This is a first draft…

To ensure that United States Treasury funds are not expended for certain purposes of personal aggrandizement or self promotion.

IN THE HOUSE OF REPRESENTATIVES

To ensure that United States Treasury funds are not expended for certain purposes of personal aggrandizement or self promotion.

Be it enacted by the Senate and House of Representatives of the United States of America in Congress assembled,

This Act may be cited as the “Challenge and Commemorative Coins Act of 2018”.

(b) Congress may enact specific exceptions to subsection (a).

Redressing the Distortion of Elections and Political Speech by Corporations

This Amendment shall not be construed to deny or disparage the power of Congress or the Several States to enact legislation that defines rights, powers, limitations, liabilities, and standing of such corporate and other aggregate forms of organization

Tiny Houses Are A Weak Idea

There is no doubt that many of our communities need safe, clean, accessible, and inexpensive housing.

This note does not dispute that need. Rather, this article, questions whether “Tiny Houses” are among the better answer or whether there are better approaches.

Many communities are under pressure by advocates for increased housing for the homeless to consider adopting policies that encourage tiny homes.

The argument made here is such policies may be a weak answer to the need to provide housing for the homeless.

The internet has changed and evolved ever since it’s ancestors first came to life in the late 1960’s. Some technology fades away and is forgotten; other aspects continue but are overlaid, like geological sediments, so that they are now longer visible but are still present under the surface.

The Domain Name System - both the technology of DNS and the deployed naming hierarchy we all use - are among those aspects of the internet that, although they feel solid and immutable, are slowly changing underneath our feet.

This is an easy recipe to create a flavorful chicken: citrus and tangy. It takes about an hour.

The PC-Engines APU2 is a very nice board when you need a lot more horsepower than a Raspberry Pi but still want low power, small form factor, and no moving parts.

Among the many features of the The APU2 are three LEDs and one mode button/switch.

I needed a device driver so that my code could control the LEDs and read whether the button is pushed.

I wrote one. It is up and available on the InterWorking Labs website: at https://iwl.com/.

Update: (February 2018): This driver no longer works on recent versions of the APU-2 board. However, there is a working alternative now available at https://bugs.freebsd.org/bugzilla/show_bug.cgi?id=189772.

Internet: Quo Vadis (Where are you going?) 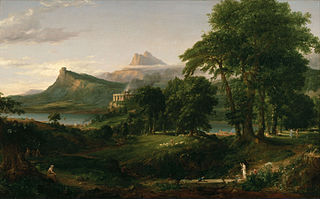 Articles, blogs, and meetings about the internet of the future are filled with happy, positive words like "global", "uniform", and "open".

The future internet is described in ways that seem as if taken from a late 1960’s Utopian sci-fi novel: the internet is seen as overcoming petty rivalries between countries, dissolving social rank, equalizing wealth, and bringing universal justice.

If that future is to be believed, the only obstacle standing between us and an Arcadian world of peace and harmony is that the internet does not yet reach everyone, or that network carriers are unfairly giving different treatment to different kinds of traffic, or that evil governments are erecting “Great Walls”, or that IPv6 is not yet everywhere, or that big companies are acquiring top level domains, or that encryption is not ubiquitous … The list goes on and on.

I do not agree. 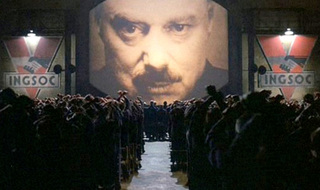 Instead I believe that there are strong, probably irresistible, forces working to lock-down and partition the internet.

I believe that the future internet will be composed of “islands'.

These islands will tend to coincide with countries, cultures, or companies.

Network traffic that moves over these bridges will be observed, monitored, regulated, limited, and taxed.

The future internet will be used as a tool for power, control, and wealth.

And to a large degree the users of this future internet will not care about this.

This paper describes this future - a future more likely than the halcyon world painted by others.

I have reworked the old, Joomla based, CaveBear website. It took a lot of work. A lot of URLs got changed, thus breaking external links. And I am sure that a lot of small adjustments remain to be done.

The old one was not broken.

So why did I break a perfectly good website?

Well, I’ll tell you why.

It all begins with the idea that much of the content of today’s world-wide-web will disappear.